Now I know that this is like…super bloody late but I thought I would write a little post about William turning one. (Baring in mind this was in October – we are now in January. Oh well).

When William turned one I was SO SO SO emotional. I don’t want to sound like a cliché and a broken record, but there is just something about the realisation that you have had this little thing with you for a whole year, you find yourself looking back at photographs of them when they were 4 days old, still all pink and wrinkly, and there are selfies of you both curled up in the newborn haze. 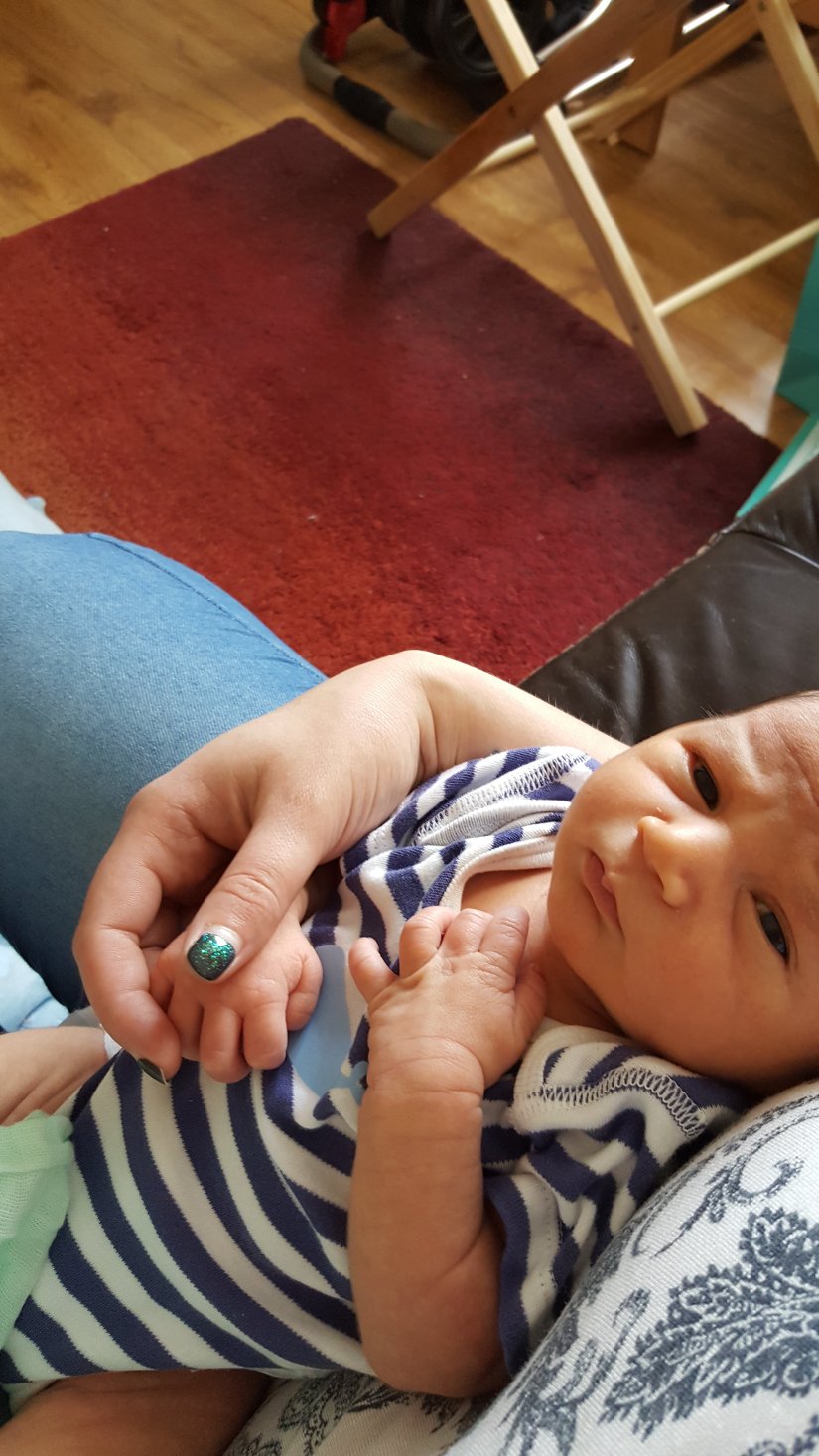 Then you turn over your shoulder, and see that said gorgeous little cherub standing at your kitchen cupboards, having opened a pack of spaghetti and chives, and has snot running down its nose into his mouth, and has trapped his fingers in a drawer. And your house resembles a car boot sale. But honestly, you wouldn’t have it any other way.

The time goes by so quickly, when you think about it really. William has always been a little “slower” shall we say at developing, for instance he didn’t roll over until he was 7 months old, and a lot of my other friends babies were already crawling around by then. And he didn’t start crawling until he was 11 months old. He is now 15 months old and he isn’t walking yet. Am I bothered? No, not really. Everyone is different. Just like for example, I enjoy the gherkin in a Maccies. Norms does not. And so on and so forth. (Love a gherkin me).

Anyway, back to the BIRTHDAY. I of course wanted to do something for his birthday so we decided on having a little party round at ours with family and friends invited, and we just put on some nibbles and drinks etc. Its hard not to get carried away really, you of course want to create this lovely birthday party for your little one, but in all honesty, do they really know what the fuck is going on? No. Not a clue. The party itself is really for the grown ups and the children who are a little older. William slept for most of his party anyway- the same as he did for his christening party and also Christmas. To be honest, you cant beat a good nap lets all be clear.

And of course you always want to decorate and put some Insta-worthy snaps online and show everyone how much of an amazing hostess you can be and how much fun you all had. Which, to be honest, I’m not arty or decorative in the slightest, I have about as much creative flair as a brick. But I tried. And, to be honest, I was quite pleased with how cute things looked in our small little house.

The thing which was giving me anxiety for weeks leading up to Williams birthday wasn’t the party. It was the idea of presents. Oh my god. What is it with grandparents and presents? People just go mad, and as I’ve said before I’ve always had a little bit of a struggle with my mother in law as she does get carried away, so I had to lay some ground rules down a couple of  months in advance, because I don’t want my house to look like the warehouse of Toys R Us, and also because he is still so small and he doesn’t have a clue what presents are, why he’s receiving them and to be quite honest, he’d rather play with a packet of baby wipes.

Of course, my request was met with a sense of frostiness, I always seem to come across as the bad one, but I stuck to my guns and I’m glad I did, William got some lovely presents but people did thankfully listen and we weren’t too inundated with plastic beeping, squeaking, flashing up shite.

So I thought I’d do a quick post on his birthday, as I realised I hadn’t done one, and add some photos as again I realised I hadn’t really put any of those up either! (Honestly baby brain is still in full force. I think this is just my brain now. Perhaps I pushed some out when I pushed William out..)

The Garlands are from Hobbycraft, as is the holographic “Happy Birthday” sign. The Photograph bunting was from ebay, as were the plastic cone bags and the “Thank you” stickers. One thing which was a big factor for us was of course price. I did order some other lovely balloons but unfortunately they didn’t arrive in time so I went to Card factory (got to love that shop) and got some generic “1 today” balloons which did just as well as some ones with sparkly foil on. I hate balloons anyway (UGH) so to me it didn’t matter whether we had them or not. Everything was less than a fiver to buy, which meant I wasn’t spending loads on stuff that would only essentially get thrown in the bin. I work 19 hours a week and get paid pittance, so I am not about that spending money on frivolous shit kind of life.

I also wanted a chalk board (how original I know) but I wanted to make one myself, because some of them are SO EXPENSIVE and then once the day is done, that’s it, without being awful, you are stuck with this board that you can never use again, and wont want to as it cost you nearly twenty quid in the first place! Now, granted, they look amazing and make for a lovely centrepiece on your table, but I wanted to be able to re-use the bloody thing, and also say to people”Yeah, I did that”. So, like I said earlier, I am NOT arty or creative, but I was pleased with the result, and I am looking forward to being able to do this every year, well until he is old enough to say “muuuuuummmm that’s so EMBARASSING – STOP IT!!” The chalk board was also from Hobbycraft and the pens were from a stationary shop just in my town centre – however they are fucking expensive! 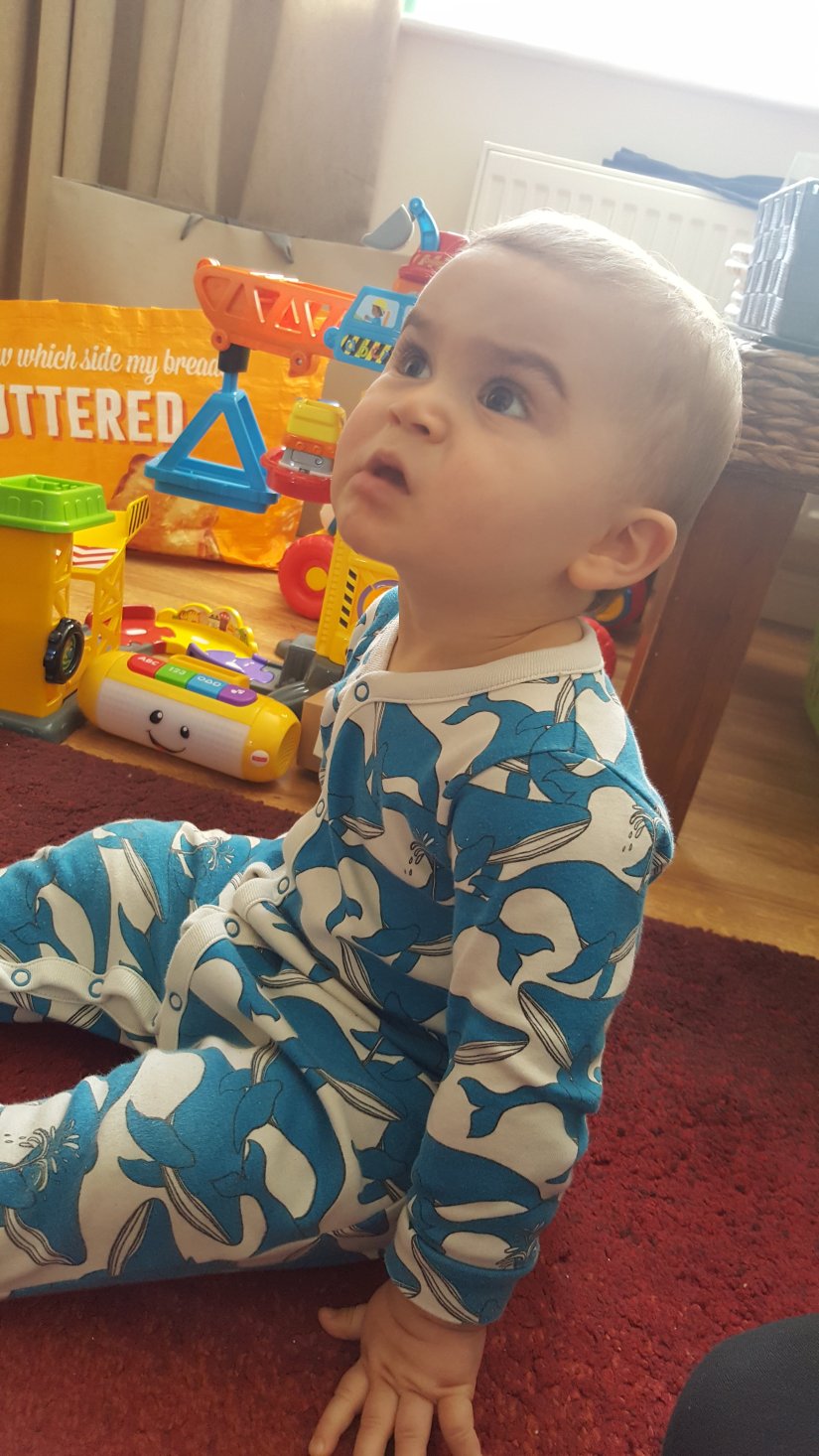 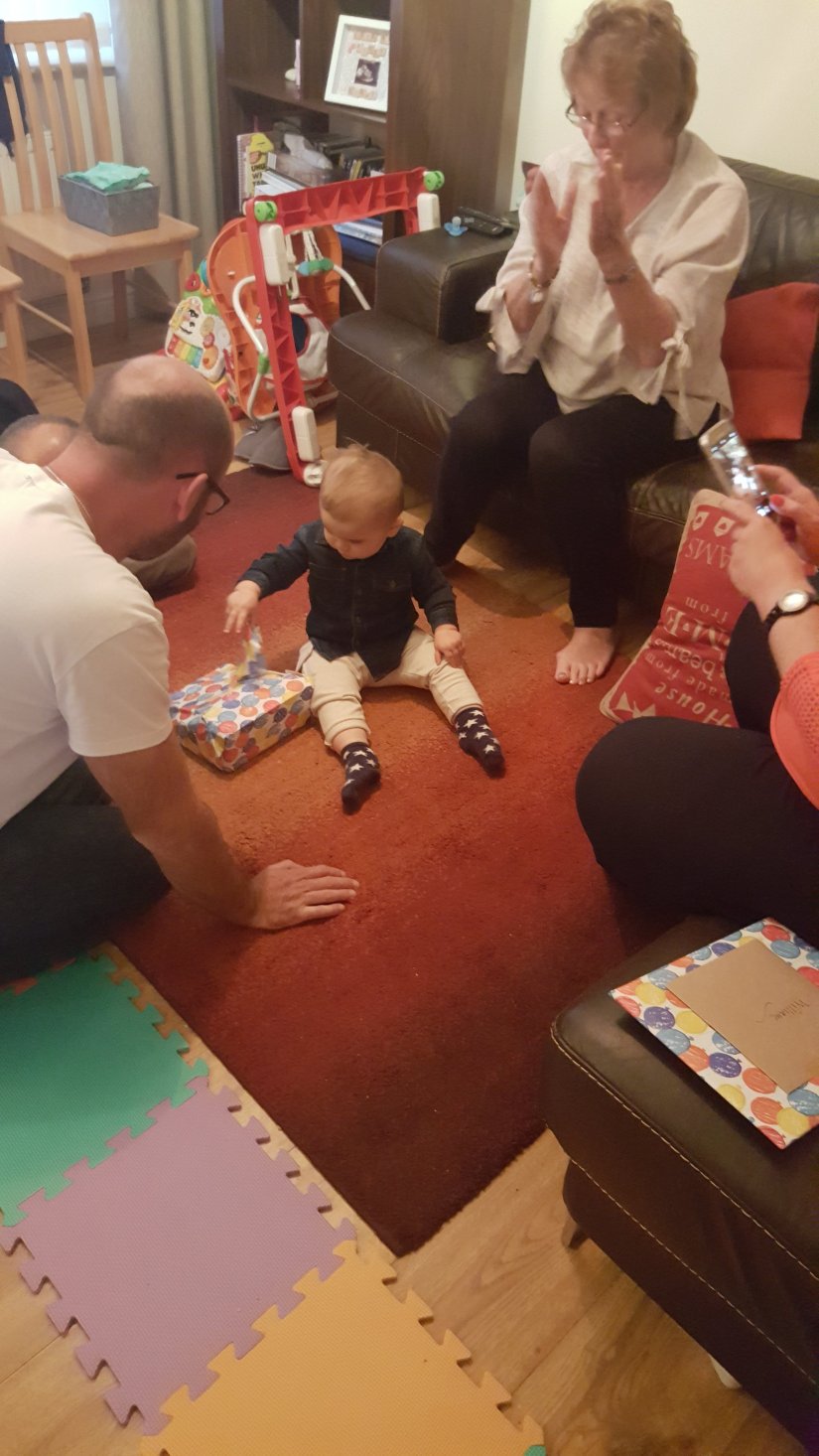 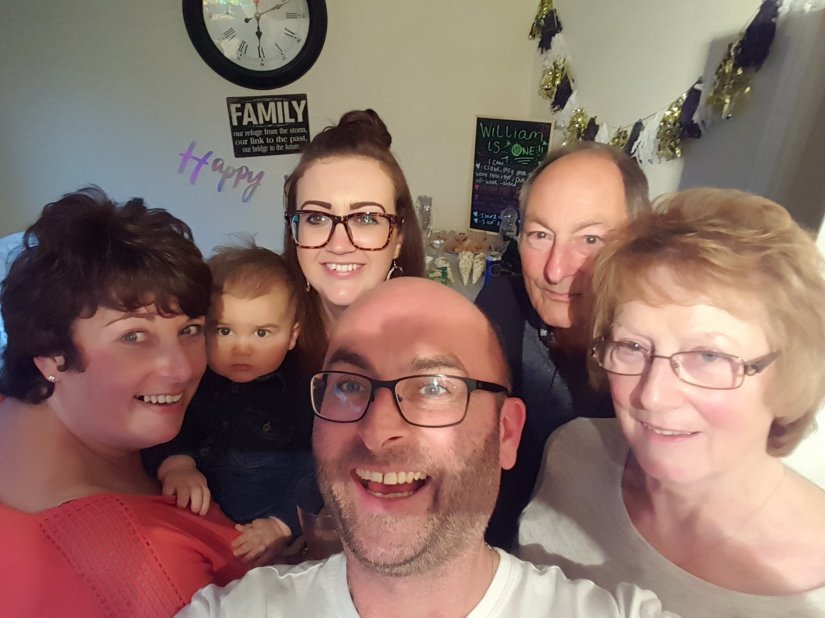 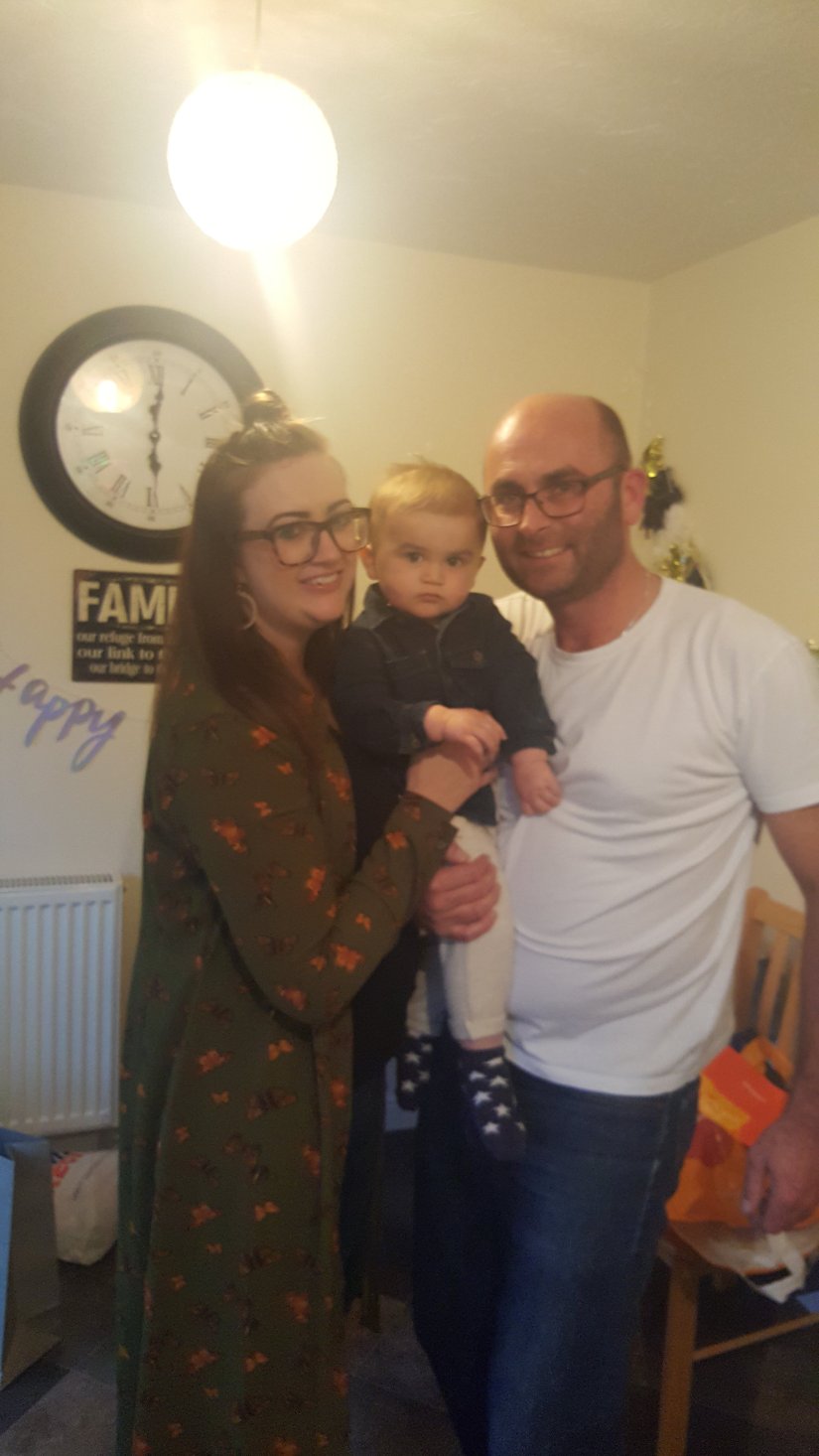 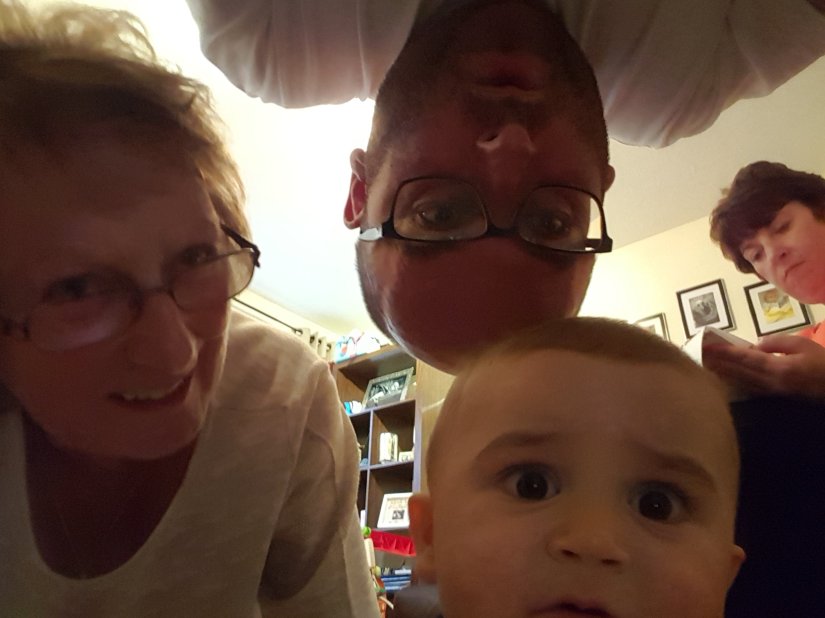 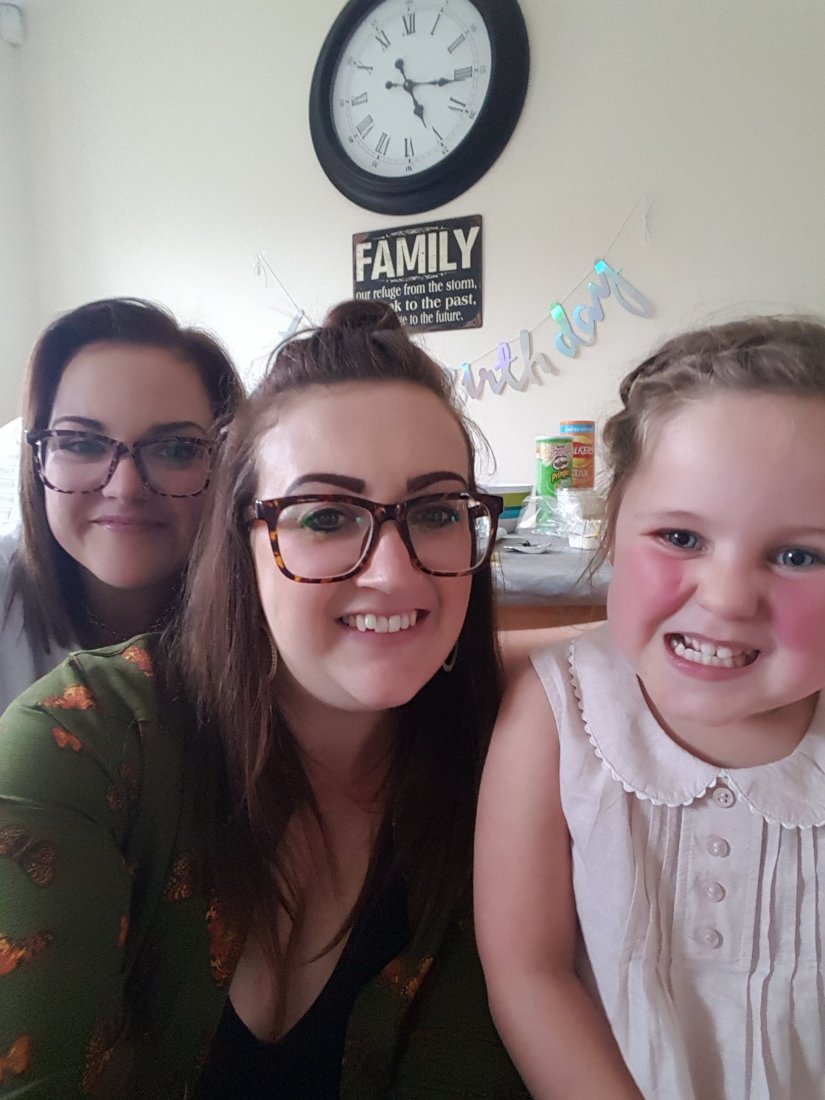 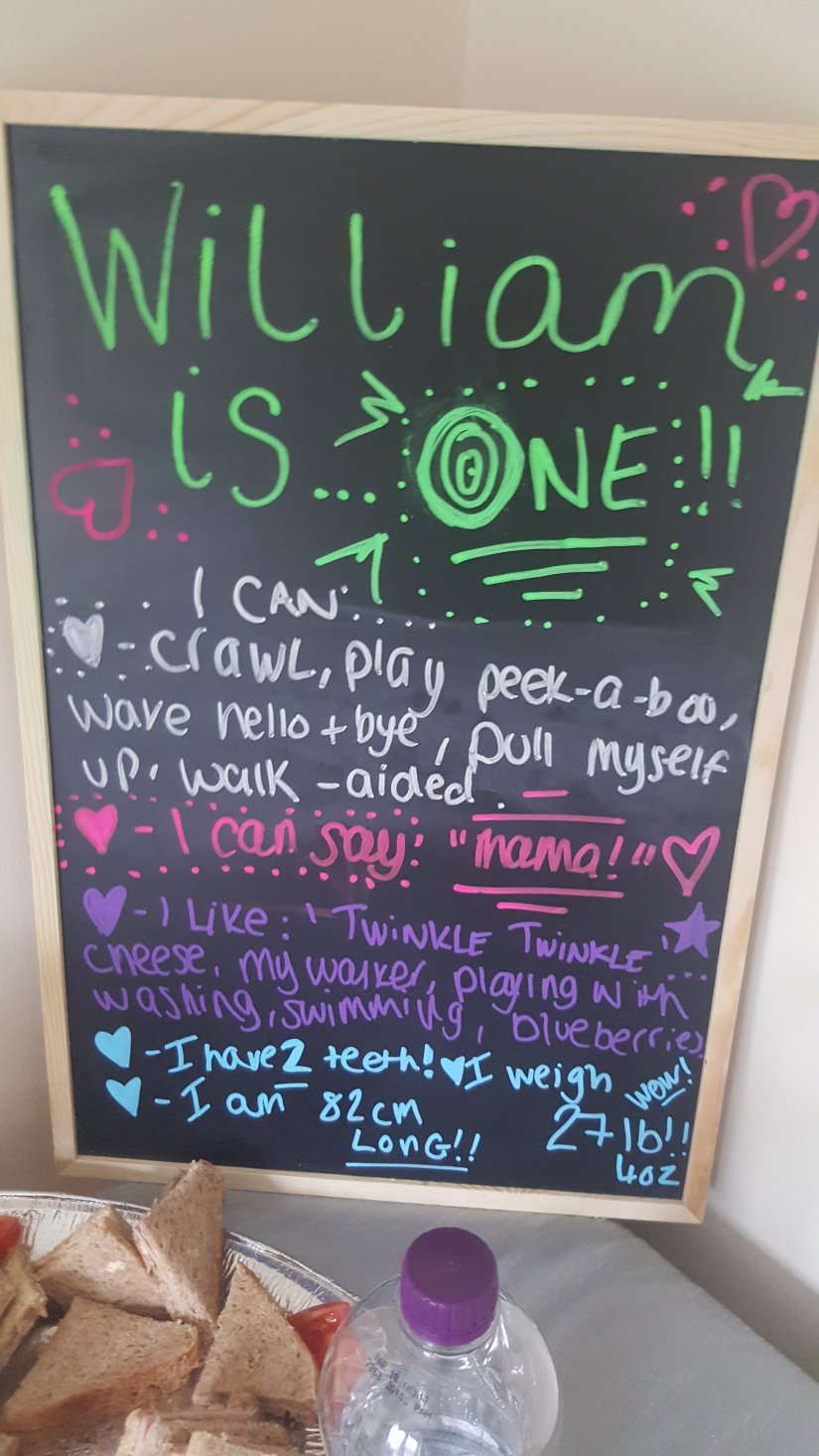 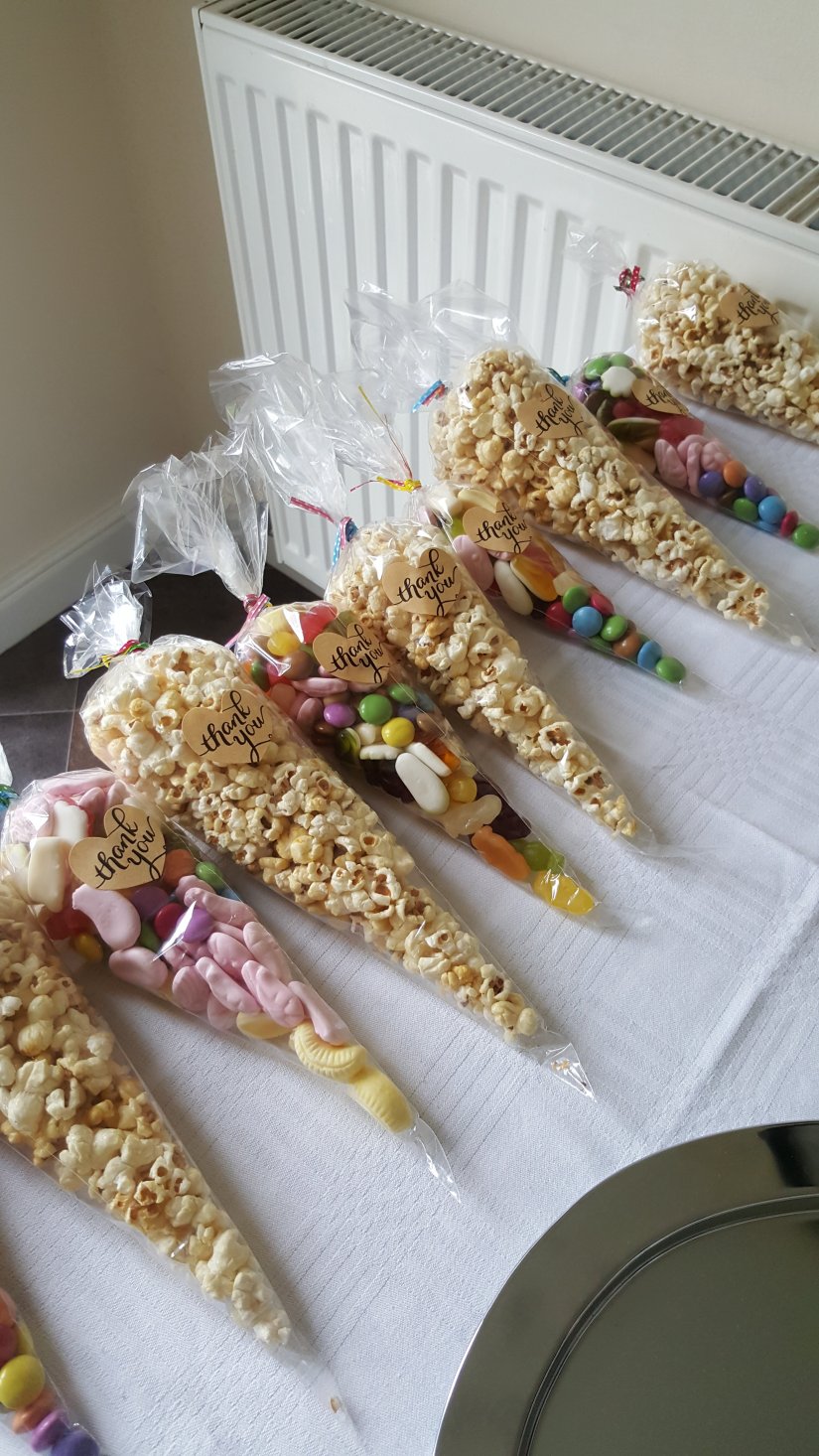 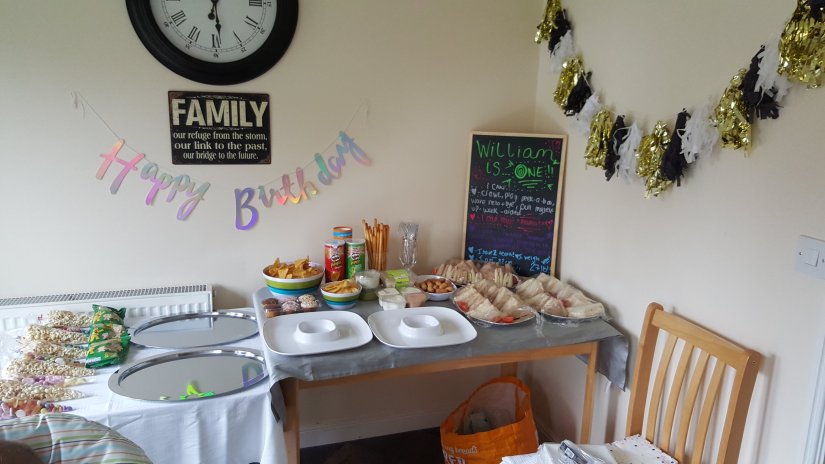 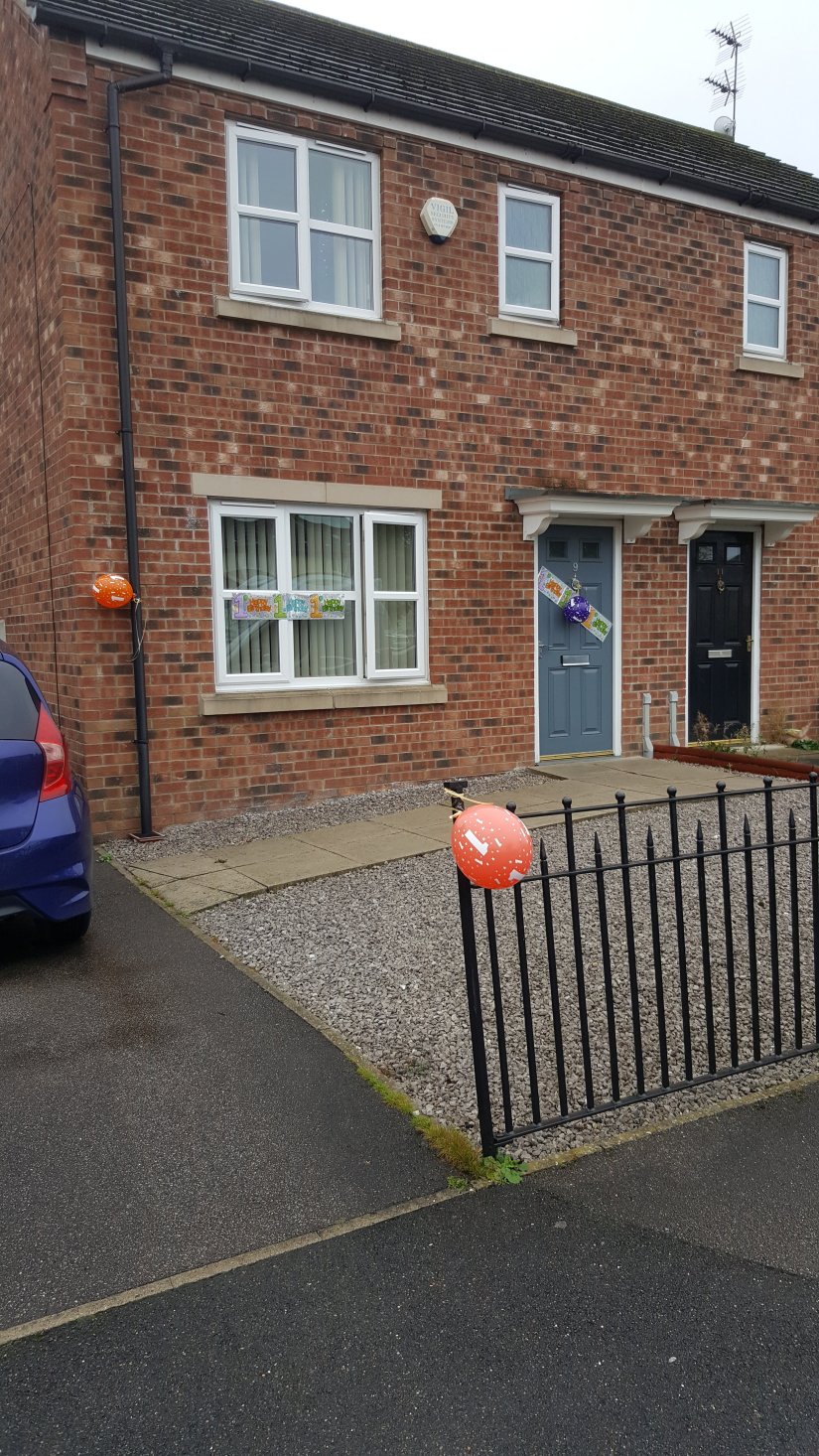 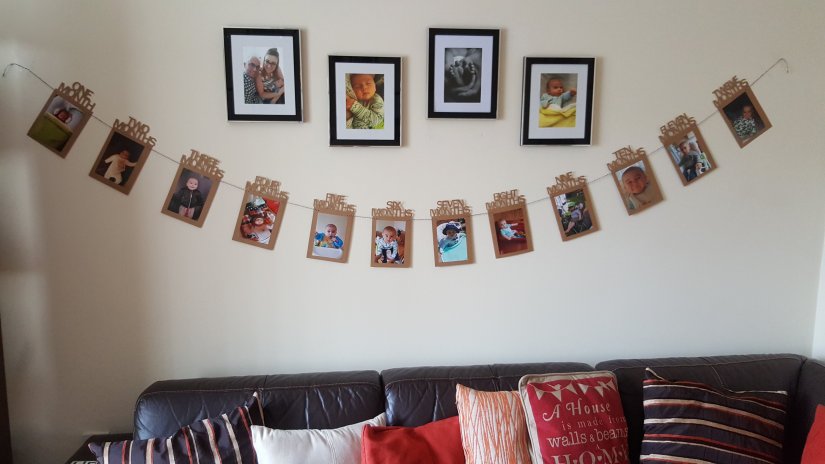 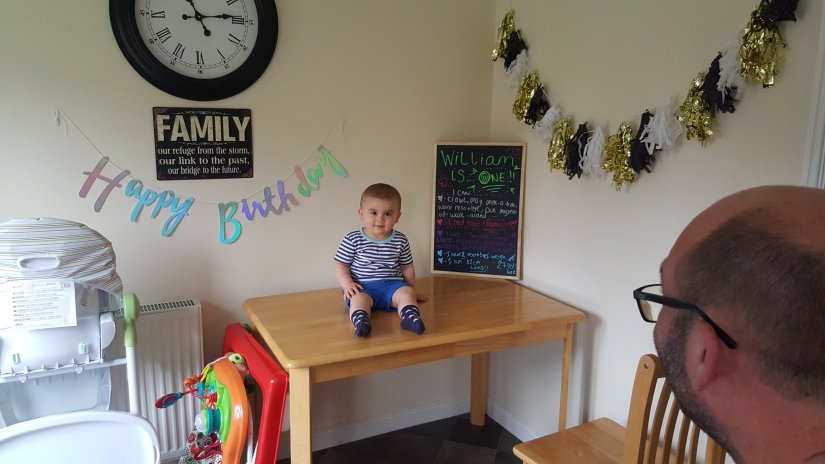 Thanks for reading! I promise I won’t leave it as long next time!

Just a few ramblings about motherhood from a new mum! View all posts by diaryofahullmum